All communications
begins with a strategy,
which is yours? 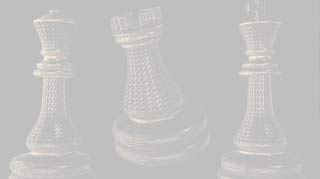 With a video, you create greater interest, credibility, and commitment to your message.

Need a better website so that you increase your opportunities to gain additional contacts for your business?

Your online strategy should save money, increase profits, and help you communicate more effectively.

No company can guarantee a top ranking, but our clients' websites are optimized for a top 3 ranking on Google!

Responsive design creates a more flexible website and makes you more visible on Google after April 21, 2015!

One major advantage of interactive e-learning is to have a tool that provides the ability to measure training effort.

We work entirely in the digital landscape in a project-based business model with low overheads.

Our case studie shows that being versatile is one of our strategic strengths!

What choices will you make about your digital communication strategy?

Whether it's a video presentation, responsive website, online marketing strategy, interactive e-learning, or search engine optimization of the website, we at Visuell Kommunikation have a genuine interest in our client's business, strategies and processes to achieve a successful outcome.

Visuell Kommunikation is proud that our creative and strategic thinking have developed our customer's thoughts and ideas to achieve great success.

Our well-documented ability to quickly understand our customers' business and processes—both locally and globally—is the key to our success. This means short lead times, efficient project management, and profitable project.

We are a small, creative, project-based organization that collaborates with fantastic companies, both large and small, and have produced a variety of video productions and internet solutions.

We always strive for long-term relationships, are humble to challenges, and are constantly looking for cost-effective solutions. Thanks to our project-based organization, Visuell Kommunikation always offers a sound pricing.

With over 120 customers over the years and over 200 projects in various industries, the numbers speak for themselves; we understand our customers' business and processes.

Contact us today and we’ll give you the support you need to assist your strategic choice in the digital communication!